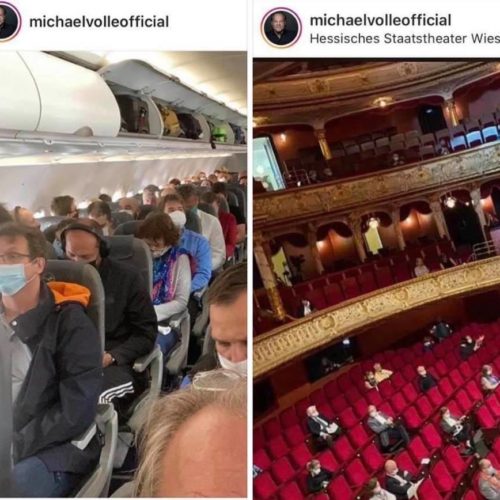 On the left you can see a flight today from Berlin to Frankfurt, every seat taken.

On the right is the Wiesbaden Opera House, the audience widely distanced.