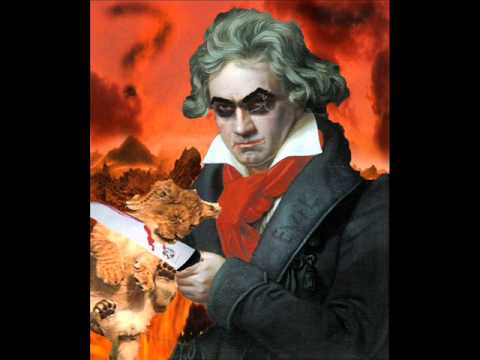 The devil had the best Diabelli Variations

Variations in C major on a Waltz by Anton Diabelli for Piano op. 120 “Diabelli Variations” (1823)

After finishing his 32nd sonata, opus 111, Beethoven was done with the pianoforte. It was, he said, ‘and always will be, an unsatisfactory instrument.’ That sounds definitive enough, but at the time he said it he was already doodling away at variations on a little dance tune that had been sent to him by a prospective publisher.

Anton Diabelli was a piano and guitar teacher who took in proofreading work for the publisher Steiner before deciding to set up on his own. He scored an instant hit in 1821 with the Erl-king ballald by Franz Schubert and went on to bolster his business by commisioning easy-to-play reductions of popular theatre songs. By way of a launch gimmick, Diabelli wrote a little waltz and sent it to 51 composers, including Schubert, Liszt and Mozart’s son Franz-Xaver, who managed to write just two variations. Beethoven declined Diabelli’s offer at first, but there was good money on the table and he had nothing much else on his mind at the time.

He planned to deliver five or six variations but, once the urge was upon him, he decided on 25, which eventually became 33, an immense architectural edifice predicated on the flimsiest of foundations. Even more remarkably, he embedded traces of the original theme in every single one of his variations without ever sounding repetitive or trivial. This is one of the most magnificent expositions ever attempted of the classical art of theme and variations. Arnold Schoenberg wrote that ‘in respect of its harmony, deserves to be called Beethoven’s most adventurous work.’ Alfred Brendel designated it ‘the greatest of all piano works.’

Diabelli’s sales pitch was pure hype: We present here to the world Variations of no ordinary type, but a great and important masterpiece worthy to be ranked with the imperishable creations of the old Classics—such a work as only Beethoven, the greatest living representative of true art—only Beethoven, and no other, can produce. The most original structures and ideas, the boldest musical idioms and harmonies are here exhausted; every pianoforte effect based on a solid technique is employed, and this work is the more interesting from the fact that it is elicited from a theme which no one would otherwise have supposed capable of a working-out of that character in which our exalted Master stands alone among his contemporaries. The splendid Fugues, Nos. 24 and 32, will astonish all friends and connoisseurs of serious style, as will Nos. 2, 6, 16, 17, 23, &c. the brilliant pianists; indeed all these variations, through the novelty of their ideas, care in working-out, and beauty in the most artful of their transitions, will entitle the work to a place beside Sebastian Bach’s famous masterpiece in the same form. We are proud to have given occasion for this composition, and have, moreover, taken all possible pains with regard to the printing to combine elegance with the utmost accuracy.

In the face of these claims, pianists have been terrified of the Diabellis. Some assume, by Freudian inference, a diabolical element in the title. Others, like the 19th century pianist and conductor Hans von Bülow, look upon it as ‘a Gothic cathedral’, to be marvelled at from afar. Others still are simply daunted by the challenge of sustaining audience concentration for almost a full hour of variations. Beethoven affords some relief with dashes of humour, like the 22nd variation which Bülow analyses as a potted history of opera up to that point. Whichever way you approach the work, the Diabelli Variations is a mountain waiting to be climbed.

Artur Schnabel was so smiten by the Diabelli Variations that he sought out Beethoven’s manuscripts and published his own edition. Ever sceptical of the popular verdict, Schnabel once wrote home after playing the Diabelli Variations: ‘I am the only person here who is enjoying this, and I get the money; they pay and have to suffer.’ His 1937 Abbey Road recording is a benchmark in Beethoven history, monumental in structure, magisterial in the lessons it conveys and magnificent in his switch from solemnity to the frolics of the 22nd variation, in which he seems to have just about as much fun in a public place as was legal in London at that time. In the 23rd variation he absolutely demolishes Mozart, ridiculing the composer in a way that would not be matched until Peter Shaffer’s play ‘Amadeus’.

It is related that Schnabel, to provoke an overly enthusiatic audience, decided to play the Diabelli Variations as an encore. At the end there were only two people left in the hall. One was the young Rudolf Serkin, who went on to make the variations his calling card. Serkin’s 1958 recording has cult status, as much for its exemplary accuracy as for its summation of Beethoven’s pianism. There is always more emotion in Serkin that one hears on first acquaintance; by the third hearing, he can move you to tears. Alfred Brendel’s 1977 recording, likewise a cult object among record collectors, was taken from a live BBC performance, an astonishingly brave publication in a work of such complexity. Brendel is one of the quickest performers, getting through the set in little over 50 minutes in his various recordings, always in serene command.

Among my panel of experts, Valerio Tura in Bologna has made me relisten in wonder to the shortlived Dino Ciani, a major tour-de-force, and Amir Mandel in Tel Aviv is no less emphatic about Brendel’s achievement. While many Americans swear by Serkin, Allan Kozinn reminds me of the unflappable excellence of the British pianist Paul Lewis, a Brendel disciple.

There are many others to consider, not least Claudio Arrau, the wildly wilful Sviatoslav Richter, Stephen Bishop-Kovacevich and the prodigious Julius Katchen, another great talent cut short far too soon, in a recording that could have benefitted from a few extra decibels. The recent Igor Levit recording also feels to me a tad underpowered.

The modern pianist who best grasps the work in its entirety is, for my money (if not Schnabel’s), the Polish-Hungarian Piotr Anderszewski, From the opening run-out of Diabelli’s waltz, Anderszewski presents a structural certainty that is more symphonic than variation form. He leave you in no doubt where he’s heading, or that you are in safe hands. The second variation is a masterpiece of understatement, the third an interlude of the sweetest tenderness. Daringly quiet in the 30th variation, a kind of prelude to the conclusion, he exemplifies the mastery of time that is present in only the most gifted of artists. His final note is a statement in itself. At the end, you know you have been on a long journey, and that you have learned much along the way. I cannot fathom why Piotr Anderszewski is not one of the biggest names on today’s billboards. 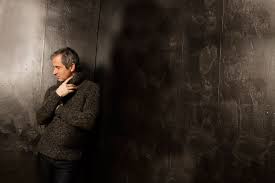