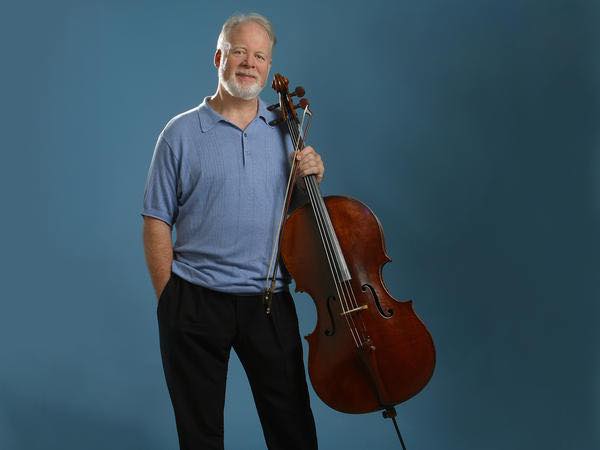 My heart is heavy tonight. Cellist Lynn Harrell died suddenly yesterday at the age of 76. He was one of a handful of cellists I have admired and followed over the course of my life. I always looked forward to chatting with him each and every time I saw him. He was so warm and kind and always liked to gossip a bit at our outings. Long before I became a professional cellist he sat on the jury (obligatory smoke filled room) when I auditioned to get into the Juilliard School. He was all of 37 then and already a star. I have always maintained that if I had not studied with Leonard Rose, I would have wanted to be in Lynn’s class.

He was 6’3”, 250 pounds with incredibly large hands. In fact, he looked more like a lineman than a cellist. But could he play. I swear he played perfectly at a Fine Arts recital I heard as a young teenager in Chicago. His live performance of Strauss’s Don Quixote with the Chicago Symphony in the 1970s, which I taped off the radio, was so inspired it led me by my nose to my own performance of the work with the Juilliard Orchestra in 1984. His Barber concerto from about 15 years ago with us, the National Symphony Orchestra, was spellbinding. After that particular performance, he granted me an interview to talk to me about our teacher, Leonard Rose, whom he had the greatest respect for.

Just two weeks ago we exchanged an email about advice Slava had given to him about a particular passage in Prokofiev’s great concerto Sinfonie Concertante. Thank you Lynn for sharing.

Of course his life was catapulted into total chaos when in 1960, when he was just 15, his father died of cancer. In November 1962, when he was 17, his mother died from injuries sustained from a two-vehicle crash. As an orphan, he turned his youthful intensity toward his cello. A talent like Lynn Harrell’s comes once every 50 years and nothing would stop his ascent. He learned from everyone he rubbed shoulders with.

In a 2007 interview he exclaimed, “I don’t think I have ever succeeded in any piece 100%. The struggling to improve and deepen one’s musicianship is our life quest as musicians. It is a constant metamorphosis that takes place.” So true Lynn. So honest. So you.

In a Commencement Address in May 1994 to the young musicians of the Cleveland Institute, he opened up his heart:
“There is never a moment in music when you can say, ‘This is it. Now I have arrived.’ It is a journey with many stops. There are frustrating pauses, whirlwind acceleration — and sometimes, just a sense of having got seriously lost. The key is simple: You just have to keep going. It isn’t a competition — it’s only about yourself, about one practice day after another, about keeping going, and above all, forcing yourself to understand that you never understand it all… Those who delight in the music; in never failing to find refreshment in it; who rejoice in their gift… those are the musicians who have lasted, whose way has been lit by this special lantern of our art.”

Thank you Lynn Harrell for your incredible dedication and artistry. You are a true inspiration. Rest In Peace dear Lynn.

« The Slipped Disc daily comfort zone (43): In the beginning

That’s no page-turner. He’s my partner »