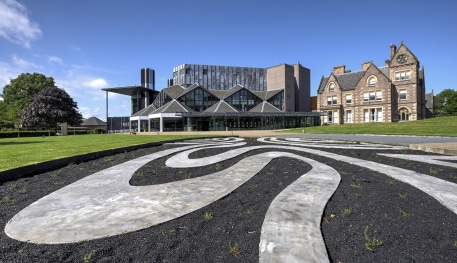 Reviews from Elsewhere: A night in the north

As opera houses and concert hall shut down all over Europe, we’ll aim to bring you reviews from unexpected places.

Inverness, for instance. Hugh Kerr of Edinburgh Music Review was in the north of Scotland last night.

The Edinburgh Music Review is based in Edinburgh but ranges widely across Scotland and occasionally abroad, tonight I’m in Inverness for what is a regular visit from the BBC Scottish Symphony Orchestra to Eden Court ,the excellent art centre. Martyn Brabbins our conductor was interviewed beforehand and said “with the corona virus this might be his last live concert for some time” However there was a decent audience in the Empire Theatre at the centre of Eden Court. Martyn also spoke about tonight’s all-Russian programme, which he was very close to since he spent time studying and conducting in Russia in the 1980s alongside the great Russian maestro Valery Gergiev. He said Russian orchestras tended to sound the same as they were all trained in the same conservatories whereas British orchestras tended to be much more international in their recruiting.

The Russian programme began with Glazunov’s adaption of some famous piano works by Chopin, continuing with an old operatic friend from earlier days at Covent Garden Sergei Leiferkus who is 73. The question we were all asking was did he still have the voice? Martin Brabbins promised us a treat and certainly there was no problem about the power of the voice, but at times it lacked subtlety in conveying the nuance of Mussorgsky’s settings of the text by Arseny Arkadyvich Golenschiv-Kutzov and its orchestration by Shostakovich. Leiferkus got a warm reception from the Eden Court audience but surprisingly gave no encore.

After the interval ( when I had an interesting discussion with a Gordonstoun teacher!) we got a very Russian work Tchaikovsky’s Fifth Symphon. Again Martyn Brabbins was very colourful and the BBC Scottish played splendidly with lots of brass, although maybe not as much vibrato as the Russians would. Weall trooped off into the night wondering, like Martyn Brabbins ,when we would next see live music!