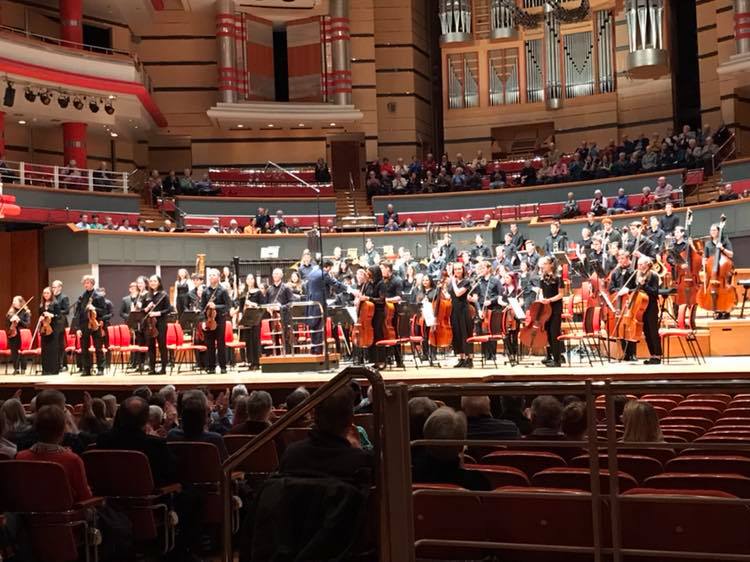 Who says you can’t win anything with kids?

The latest Slippedisc review from the CBSO100 season:

Every member of the CBSO Youth Orchestra plays with a technical skill way beyond their years; that’s a given. Add an unjaded freshness of approach, and the result is performances of extraordinary vitality and exhilaration. And add to the podium Kazuki Yamada whose enthusiasm is infectious, and whose respect for his young charges is palpable, and the outcome is something very special.

Yamada is the popular Principal Guest Conductor of the parent CBSO, whose players coach these rising stars during an intensive week-long residency, and the chemistry between him and these youthful instrumentalists brought about a memorable concert on Sunday afternoon.

Dreamtime, by Yamada’s Japanese compatriot Toru Takemitsu, is an absorbing work originally written for dance, and indeed shows the influence of the composer’s great role model Debussy’s Jeux.. Its reflections on barely-formed images from Australian aboriginal myths come in the shape of disparate incidents dovetailed into place much as in the intricacies of a Japanese garden, yet there is also a discernible sense of a forward-moving structure.

It brings beautiful washes of sound, confidently delivered here, preceding a totally different handling of the sound-spectrum from Richard Strauss in his Till Eulenspiegel.

This young man’s tone-poem is all cheeky instrumental interventions, vivid narration, and one-in-the-eye satire, and the CBSOYO took full advantage of its opportunities for virtuosic display, not least from the impressive horn phalanx. And the sight of Yamada and orchestra bopping along during one of the work’s cheekiest cock-snookings will stay with me for a long time.

Elgar used exactly the same kind of musical language, but sublimated it to impressive effect in his First Symphony. This is a work, thematically-integrated through all four movements, which takes the long view, and though there were a few tiny lapses of concentration along the way, the players responded with a sustained maturity which might well have been the envy of many a senior orchestra.

Maturity came in the gloriously and subtly nourished string sound (especially in the sweetly floated melody towards the end of the finale), in immaculate intonation from the woodwind (not least in the opening announcement of the motto-theme), and in the discipline of the brass (when I was a student, brass-players were the notoriously awkward squad). And a word for the two harpists, busier than ever as the ending approached, their contributions making their points in the perennially amazing acoustic of Symphony Hall.
Christopher Morley 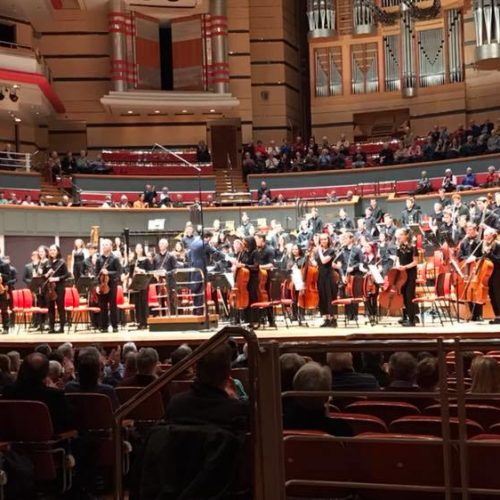