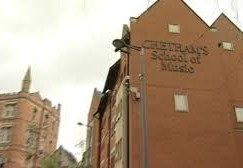 Manchester Evening News has reported that the city’s former head of children’s services during the recently uncovered Operation Augusta grooming scandal was later made a governor at Chetham’s music school.

Pauline Newman was appointed by Chetham’s in 2014 and remained head of safeguarding until last year.

Alun Jones, Principal of Chetham’s School of Music, told the M.E.N: “It is deeply upsetting to hear in the news about the failures of Operation Augusta.

“While this case has no connection to Chetham’s School of Music whatsoever, we know the trauma and life-changing consequences caused by past safeguarding failures.

“Pauline Newman was nominated as a Governor of Chetham’s by Manchester City Council in 2014, and then became chair of the Safeguarding Committee until last year.

“Pauline was one part of a team and school community here at Chetham’s who made enormous strides in implementing world-class safeguarding mechanisms, which were described as impeccable by independent inspectors in 2017.

“It is incredibly difficult now to hear the stories of victims across Manchester who have not been heard. Our thoughts are with all those affected by this case.”

« Violas get all the prizes