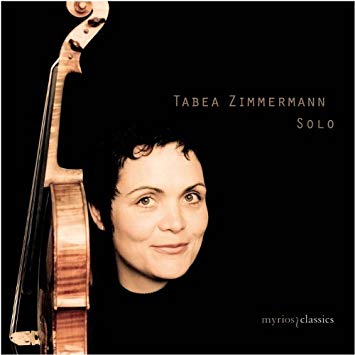 Violas get all the prizes

The German violist, 53, has been named winner of the Ernst von Siemens Music Prize.

It’s worth quarter of a million Euros.

Tabea is the widow of the Israeli conductor David Shallon. She later married the American conductor Steven Sloane, incoming music director of the Jerusalem Symphony Orchestra.

Siemens AG has only recently come clean on the extent of its early enthusiasm for the Nazi regime and its massive use of slave labour in the Third Reich. These facts are worth remembering around the 75th anniversary of the Auschwitz liberation.

A gift is a gift, but it sometimes has history. 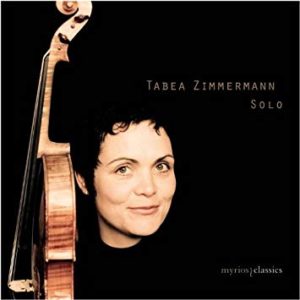 As a soloist she regularly works with the most distinguished orchestras worldwide such as the Berlin Philharmonic, Orchestre de Paris, London Symphony Orchestra, Israel Philharmonic Orchestra and the Czech Philharmonic. In the season of 2019/2020, Tabea Zimmermann will be Artist-in-Residence of the Royal Concertgebouw Orchestra and her great versatility will be showcased not only in Amsterdam, but also on tour. Following residencies in Weimar, Luxembourg, Hamburg and with the Bamberg Symphony, Tabea Zimmermann was artist-in-residence with the Ensemble Resonanz in 2013/14 and 2014/15…

Tabea Zimmermann has inspired numerous composers to write for the viola and has introduced many new works into the standard concert and chamber music repertoire. In April 1994, she gave the highly successful world premiere of the Sonata for Solo Viola by György Ligeti, a work composed especially for her. The subsequent premieres of this work in London, New York, Paris, Jerusalem, Amsterdam, and Japan attracted great critical and public acclaim. In recent seasons, Tabea Zimmermann has premiered Recicanto for Viola and Orchestra by Heinz Holliger, the viola concerto Über die Linie IV by Wolfgang Rihm, Monh by George Lentz, Notte di pasqua by Frank Michael Beyer, a double concerto by Bruno Mantovani with Antoine Tamestit, and Filz by Enno Poppe with Ensemble Resonanz. She played the premiere of Michael Jarrell’s Viola Concerto at Festival Musica Strasbourg 2017 with the Orchestre National des Pays de la Loire under Pascal Rophé; and subsequent performances with the Vienna Symphony under Ingo Metzmacher, the Orchestre de la Suisse Romande under Pascal Rophé and the Konzerthaus Orchestra Berlin under Mario Venzago.

To mark Hindemith’s anniversary in 2013, Tabea Zimmermann released a highly acclaimed recording of the composer’s complete works for viola on myrios classics. Following the success of her recording of solo works by Reger and Bach with myrios classics in 2009 – for which she received an Echo Klassik prize as Instrumentalist of the Year – she has released three albums with pianists Kirill Gerstein and Thomas Hoppe. Tabea Zimmerman’s artistry is documented on approximately 50 CDs for labels such as Harmonia Mundi, EMI, Teldec, and Deutsche Grammophon. A live recording of her performance on Beethoven’s own viola at the Beethovenhaus Bonn, accompanied by Hartmut Höll, was released by Ars Musici.