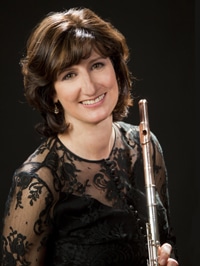 Musicians from the US and beyond are starting to react against the dismissal of three respcted musicians by the Grand Teton Music Festival. These, says lawyer and violinist Heather Kurzbauer are ‘musicians punished for articulating the concerns of their colleagues.’

Here’s a shot across the bows from Mindy Kaufman, solo piccolo and flute of the New York Philharmonic:

Dear Mr. Todd and members of the Board,

I have been a member of the New York Philharmonic for the past 40 years.I performed at the GTMF for ten years, from 1988-1998. Those ten summers were some of my happiest times. The festival was a fantastic place for musicians like myself to bond with musicians from other orchestras, and find artistic satisfaction. That is the reason we were willing to lose money to work for the GTMF.

I am distraught at the recent changes at the festival, and the firing of 3 long time members. Jenny Ross and I played together, and I have the utmost respect for her as a player and as a person.

Ling Tung wanted this festival to be a musical oasis, a place where musicians could recharge artistically, in a beautiful setting. The festival orchestra musicians, by agreeing to play for very little money, helped build this festival into what it is today. I am saddened to see it going in another direction, and in the firings of three very fine musicians, who have been loyal to this festival for decades.

I hope you and the Board will reconsider this decision.

And here’s another from Holly Mulcahy, concertmaster in Wichita and Chattanooga:

The rash decisions of an individual or two can forever fracture a carefully and lovingly cultivated organization. Putting petty emotions over reason to assert control or to show perceived strength is a death knell of any organization.

What can be forgotten in the short term because of these reactive maneuvers and power plays, are the years of building connections with the community–both local and global, the tangible relevance of classical music in the most sincere and meaningful way, and the important friendships that weave through our lives whether we feel it directly or not.

Oper am Rhein is under water again »