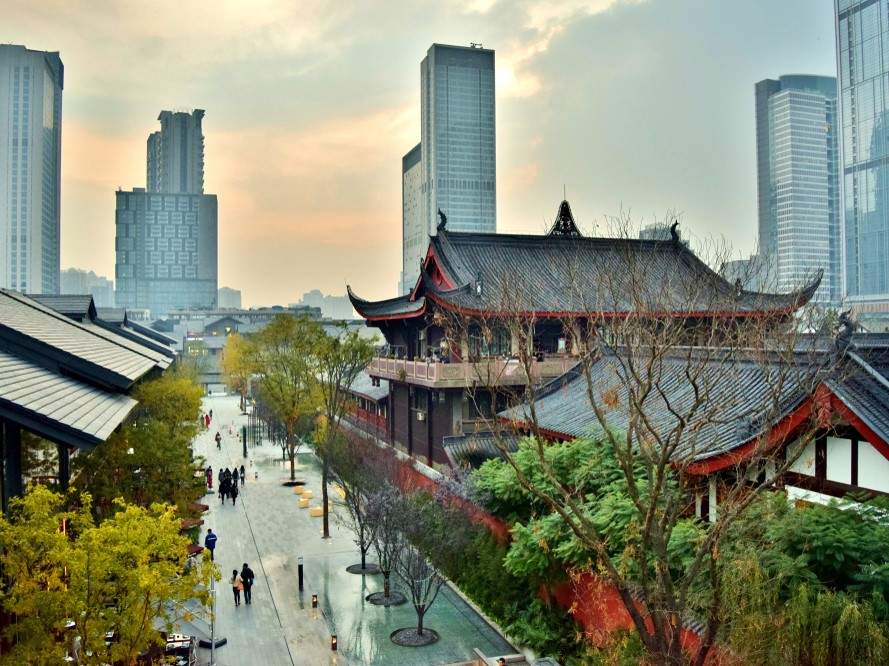 From our violin diarist Anthea Kreston:

I arrived four days early in Chengdu, China, for the music festival – four days to adjust and sightsee. It’s like every movie or photo you have ever seen, but tangible, tasteable – greying, multi-story housing blocks with sagging balcony/cages clinging precariously to the side – strung with drying clothes, right next to ancient and fully functioning Buddhist complexes and gleaming skyscrapers, and air that is visibly thick with smog, the humidity thickens in our throats. The waves of intense cicada choruses roll down the streets – starting and stopping on a dime. Chanel next to a series of decrepit shacks, people chopping vegetables or stuffing dumplings with wooden spatulas, and motorcycles with 6 layers of crates tied on with string.

Chengdu has 14 million residents, a medium/large city in the middle of China – not normally on the top of the list for foreign visitors, and we have not seen any non-Asians, save for the airport and a smattering at the Giant Panda Breeding Center. This means people wave to us, point and stare, and the girls’ cheeks are regularly pinched – freckles marveled at and hair touched with wonder. An old colleague and friend, originally from a town outside of Chengdu, was charmingly and persistently aggressive with his invitation to join the faculty this year, and so here we are, enjoying extravagant meals – from street foods to those giant lazy-suzanne style dinner tables, and tonight at a world-renowned Hot Pot restaurant, owned by a friend of the festival (Chengdu is also known as the center for Sichuan cuisine).

In a couple of days, we head 90 minutes out of town to the location of the festival, where I will direct the chamber music and Jason will conduct the 40 piece cello ensemble, as well as playing a variety of concerts. Last night we had our first faculty dinner meeting – mainly professors at the conservatory in Chengdu, our common language more often German than English. I was trying to refrain from drinking, realizing that I was probably going to be carrying one of our daughters home, asleep, after the long dinner, when Jason turned to me and said “you at least have to fill your cup for the toasts!”. And toasts there were – I finally gave up and just kept the bottle of whatever I was drinking next to my setting. The speeches didn’t let up, each one accompanied by everyone standing, and nodding and murmuring to people who seemed to be a mile away, across from the steaming plates of eel, sea-cucumber, tureens of soup – each dish a flourish of creativity, and in its own, specially designed serving vessel. I vaguely counted (in my double-whammy fog of the 9-hour Jetlag and alcohol) more than 27 dishes, and I was giddy from eating so many different meats – I have been a strict vegetarian for over 20 years, and I decided this trip was going to be a meat-vacation, no guilt, no rules. The texture of meat in my mouth – the fibers separating and the sensation of chewing off the bone – has been as thrilling as the overwhelming cultural differences.

Our friend has been regaling us with stories of his youth, growing up in a small village. When he was the age of my daughters, his mother would send him at midnight to the rice fields with a torch, to catch eel, which would emerge from their burrows after dark. He would stand still, waiting for the feeling of the eel against his body, and then pounce. The rice shoots were young, and the water would reach well up his small frame – he would fashion a trap from bamboo sticks, or just grab the eel by the hands, trying (not always successfully) to avoid being bitten. A flashlight would have been more convenient, but finances made that out of the question. The next day, the eel would provide the much-needed protein in the soup pot. Later in life, his abilities on his instrument made study in the USA possible, and our subsequent friendship – and now this amazing, hand-curated experience in his home country. 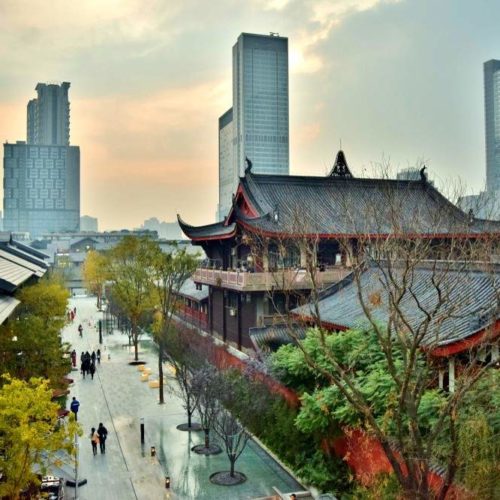