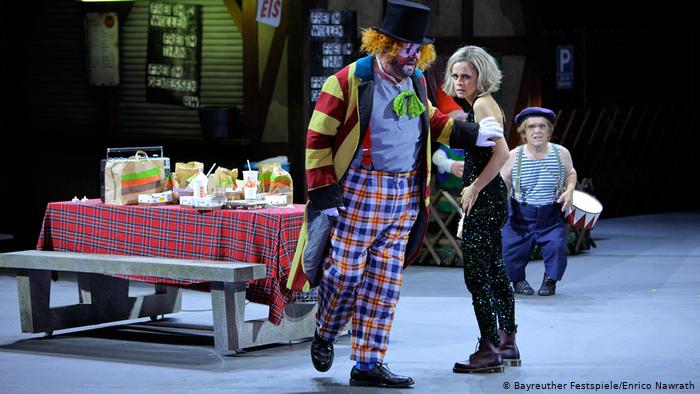 Hats off to this morning’s Neue Presse of Hannover, which nails the summer festival’s opening production of Tannhäuser with a headline that will resound long after the last kids’-company director has gone to his care home.

We’re happy to recruit the Neue Presse editor – whoever he or she may be – to the Slippedisc team.

Among other early-hours reviews, Deutsche Welle likes director Tobias Kratzer’s interspersing of film and live action and his Bayreuth/Wartburg cross-stitching. It reports loud cheers for soprano Lise Davidsen and tenor Stephen Gould, but ‘substantial booing’ for the conductor Valery Gergiev, whether for his Putin connections or his failure to adjust to the delicate Bayreuth acoustic. Read here.

BR-Klassik writes that Valery Gergiev was the only weak link in an otherwise innovative and well-sung production. Deutschlandfunk has further criticism of the conductor. Kurier also records anti-Gergiev responses. He’s not used to that.

« Cellist faces air rage for bringing ‘such ridiculous luggage on board’