In the Big Apple with time for real friends

It’s that time of year again for the North American Artemis Quartet Tour, my final tour as a member of this quartet. It is, at it has been before, a cathartic and rejuvenating time for me to reconnect with my culture, check in with old friends, and meet the Slipped Disk Fanclub, which seems to grow with every visit. Montreal, Pittsburgh and now NYC, where I have the gift of time off after the concert before heading to the next location.

Old school friends, colleagues, students, teachers, SD crowd, and the children of old friends. My best friend, who I have known since age 6, is here with me, staying in the hotel and doing NYC things – wandering around aimlessly for hours, going to experimental theater, eating exotic food. Every time I come back, my perspective on my home culture has changed – blurred or sharpened in unexpected ways. I get fiercely sentimental, needing to see the Statue of Liberty, re-reading the Bill of Rights, thinking of my daughters, the youngest now having spent more than half of her life on foreign soil.

Yesterday, a meeting at Eisenberg‘s Sandwich Shop, a greasy-spoon Jewish Deli, I met up with a motley quartet of old acquaintances. This week has been packed with coffee and tea, dinner and breakfast and walking with this person or the other, but the sheer volume of people I want to see in NYC made it necessary to stack people together for meetings, creating a kind of heady mix of humans that a person can find only in NYC.

My best friend, Wanda (not her real name) and I walked downtown to scoop Frank (not real name) up from his place. Meeting us in front would be Clay (you know it). As Wanda and I walked down 7th, heading to a location between Chelsea and the West Village, the blocks became more manicured, dogs smaller, and more velvet hung on the large, antique windows of the well-appointed miniature restaurants. We were there a tad early, and so meandered around a Willian Sonoma, comparing features on espresso machines and le Creuset Dutch ovens with the pretense of having them delivered later today to our penthouse suites. Wanda is a multiple cat-owning, silent-retreat attendee, body-worker/sculptor from Western Mass. She has one of those aroma bubbles around her – ancient oils mixed with incense – I can sometimes swear I can see the scent trail she leaves behind her, a swirling lavender mist. And she is trained in herbs – she makes her own herbal medicines for clients, gathering them in the mountains of Massachusetts and stewing and straining them in her tiny kitchen. If ever an ailment is mentioned, she has the solution – the exotic names of a plant tripping off her tongue with a familiarity of a wizard.

When we rounded the corner, up the block lumbered a purple paisley-shirt wearing young man, entire face obscured by a bushy beard, with a dark cap and tan corduroy blazer, pockets bulging with books. Built like a lumberjack, Clay, in his early 20‘s, is Utah-raised, studying Dramaturgy (with an emphasis on Hungarian Theater) at Columbia. I first met Clay when he was an extremely articulate 6 year-old with a wild imagination – the son of a Jewish presenter from Ogden Utah – whose entire family would become entwined in my own. In fact I had just met up with Clay’s older brother last week in Hamburg, where he is finishing his PhD in Abstract Mathematics.

We headed into the foyer, where we presented ourselves as the entertainment ready to pick up Frank for our brunch meeting. The doorman called up – we would have to return in 10 minutes, Frank wasn’t ready for us yet. Frank, in his mid-30‘s, was one of our chamber music students at Wesleyan University – a terrible cellist, majoring in Religion – he signed up for chamber music every single semester, running through the major works of the repertoire, ability be damned. He was in it for the intellectual and emotional satisfaction, and made it his mission to play everything from the Archduke Trio to Shostakovich 8th String Quartet. After school, he was scooped up by Google before spinning off to a start-up. After going public, he retired (before the age of 30), and has been bumping around the planet, living a hedonistic life and looking for nothing in particular.

We circled the block, and again the doorman said Frank wasn’t ready. I told him I was Frank‘s old Professor, and if he didn’t get his s*** together by the next circling of the block, I was going to go up there, drag him out of bed, and hogtie him. The sun was warm, the sky was clear, and by the next time around the block, we had memorized the locations and characteristics of the various piles of dogshit on the sidewalk, each taking a turn at creatively leaping over or pretending to forget a particular specimen.

And so – we made our way up to Frank‘s gorgeous apartment – he answered the door wet, shirtless, rubbing his head with an impossibly plush towel. Furs draped on the furniture, alternative jazz wafting through the space from invisible surround speakers, and a perfectly displayed bowl of fresh exotic fruits on the table accompanied us as we wandered about, looking at the artwork or marveling at the views of Manhatten, stretched before us on all sides. I poured water, as Frank dressed and introductions were made. We were all standing in his closet, counting his shoes and drinking filtered water from impossibly thin glassware, when he suggested a trip to the deck on top of the building, where the staff was powerwashing the patio furniture.

And so, we headed to Eisenberg‘s, squeezing between the long counter, dotted with occupied swivel stools, and the 2-seaters, finding a 4-top back by the coffee station and bathroom. Latkes, pickles and coffee appeared, followed by pastrami sandwiches and savory matza brei – a mix of matza with fried eggs. We tucked in, taking turns answering Frank‘s direct and probing questions. We learned about Clay‘s home – an unheated garden shed in Brooklyn, with plastic siding, double the width of a twin bed. Built on the the back of a brownstone and illegally rented to him (even so, barely affordable to our young Dramaturg), he drew a map of the room for us – the location of his dresser, coat rack and apple crate in relation to his bed and outlet. It was shorter than he is tall, and so he had to fold entirely in half to tuck into bed. How did he make it through the winter with no heat? He would slide into bed, create enough heat through friction to make a little heat burrito, and be able to mange till morning, when he would roll out and rush to the common bathroom inside the house to warm up, and head to school. After the first cold-wave, he invested in an electric blanket, his warmth traded for the worry of a fire potential in the suspiciously installed outlet. He told us of his studies, interwoven with tales of his successes in the competitive food-eating competition ring (always dip your hotdogs in water before swallowing).

Wanda told us of her struggles with mental health – the years spent in the hospital, the search for balance and tentative security. We listened to recordings of her cats coughing, trying to help with diagnosis, and she showed us the jewelry made from reclaimed bicycle tires which was her recent passion. Frank is the son of two well-known psychiatrists, and was able to relate to Wanda and draw her out in a way I hadn’t seen before.

We had already been at our table for hours, and I had taken my turns with the questions, when we turned to Frank. His childhood spent in boarding school, wasp summer camps, avoiding the Ivys and the pressure towards and avoidance of a life dedicated to investment banking. His start-up – the jockeying for power and predige, the money. The drugs and the sex. São Paolo, the Far East, Porto.

Clay had to rush away – but not before suggesting a great one-man show for us to go to that evening. I paid with Frank‘s actual metal credit card (he said – just sign my name) as he tidied up before heading out to get me some Zink facecream (he thought my skin looked radiant from the audience, but was speechless when he discovered I didn’t have a beauty regimen). Wanda explained that my upkeep amounted to “well my face gets wet when I am in the shower“, as he clutched for the wall in support. I told him how I was embracing my wrinkles, couldn’t wait to go entirely grey. He was disgusted, but patient as he selected the correct products which would (he hoped) reverse some of the damage already done to my skin.

And so – I am rejuvenated – inspired by my friends, their ownership of their paths in life. Fear doesn’t even cross their minds as they follow their hearts, spinning through the world in their own orbits. I suppose I seem every bit as exotic to them as they appeared to me and to each other, and have come out of this day with a freedom, with new ideas for the future – with the knowledge that the next step in my life is bound to be wonderful if I continue to follow my deepest passions and dreams. 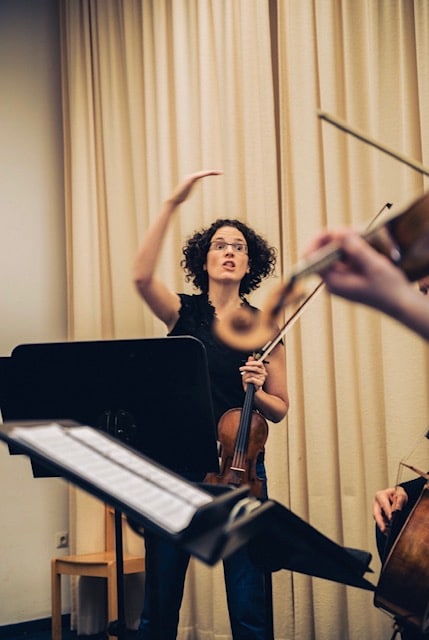