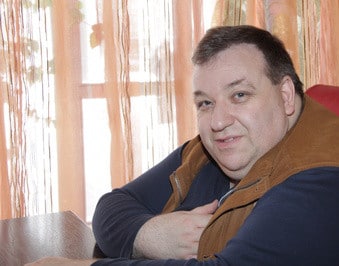 Alexander Markovich, pianist of the Mariinsky Theater, has been found dead in a Moscow hotel.

There has been no  statement on the Mariinsky site.

Markovich, who was 54, migrated to Israel in 1990, where he performed with Ida Haendel, Repin, Vengerov, David Garrett and other leading soloists.

Neeme Jarvi booked him for concertos in Detroit and Gothenburg and Zubin Mehta invited him to Munich. He made recordings for DG, Teldec and Erato.

He fulfilled extensive international appearances before returning to Russia, where he developed a series of ‘opera improvisations’ at the Mariinsky. Cause of death has yet to be made known.

UPDATE: Friends inform us that he had a long history of heart disease.

« A five-star review to end the year