In one of the biggest undertakings in Tanglewood’s 82-year history, BSO Music Director Andris Nelsons will lead a complete concert performance of Wagner’s Die Walküre, with a cast of soloists including Amber Wagner (Sieglinde), Christine Goerke (Brünnhilde), Simon O’Neill (Siegmund), James Rutherford (Wotan), and Ain Anger (Hunding), performing the work with the Tanglewood Music Center Orchestra over the course of two days and three performances: Saturday, July 27, at 8 p.m. (Act I) and Sunday, July 28, at 2:30 p.m. (Act II) and 6:30 p.m. (Act III). On July 20, Mr. Nelsons will lead another major event of the summer—the world premiere performance of Kevin Puts’ The Brightness of Light, inspired by letters of iconic American artist Georgia O’Keeffe and her husband, the photographer and curator Alfred Stieglitz. This new work, written especially for Renée Fleming and Rod Gilfry, will feature the two singers in a Boston Symphony performance also using projections by video artist Wendell Harrington. Another greatly anticipated event of the 2019 Tanglewood season will be an Andris Nelsons-led BSO performance of the Verdi Requiem on July 13 with soprano Kristine Opolais, mezzo-soprano Oksana Volkova, tenor Jonathan Tetelman, and bass-baritone Ryan Speedo Green, along with the Tanglewood Festival Chorus, James Burton, conductor. Mr. Nelsons leads the BSO and TMCO in 14 performances in all this summer.

On Sunday, August 11, at 7:30 p.m., in a special, evening Shed concert, Yo-Yo Ma performs J.S. Bach’s six Suites for unaccompanied cello. Following upon the release of his third and final recording of this music, the concert is part of his two-year global initiative, “The Bach Project,” encompassing performances he will give of the Bach suites across six continents, coupled with what he calls “days of action,” seeking “to put culture in action by bringing people and organizations together to address pressing social issues” and “invite all of us to think differently about the role of culture in society.”

The 2019 Festival of Contemporary Music, under the direction of BSO Artistic Partner Thomas Adès, August 8-12, boasts a tremendous array of works by composers of our time and recent history, with nine American premieres, including works by Richard Ahers, Gerald Barry, Erica Fox, György Kurtág, Hilda Paredes, Poul Ruders, and Nathan Shields, as well as a TMC-commissioned world premiere from Andrew Hamilton; there will also be a special concert dedicated to the piano works of Oliver Knussen. In addition to the programs of the 2019 Festival of Contemporary Music, new works to be performed during the season (in addition to the new Kevin Puts work) include two world premieres—Lost Words, for children’s choir and orchestra, by BSO Choral Director James Burton, featuring the Boston Symphony Children’s Choir; and André Previn and Tom Stoppard’s Penelope, for soprano, string quartet, and soprano, with Renée Fleming and the Emerson String Quartet—as well as the American premiere of Avner Dorman’s Double Concerto for violin, cello, and orchestra, with Pinchas Zukerman and Amanda Forsythe. The performance of Penelope, along with André Previn’s Violin Concerto, Anne-Sophie, written for and featuring Anne-Sophie Mutter, will take place in celebration of Sir André Previn’s 90th birthday year.

The Boston Pops performs at Tanglewood several times throughout the 2019 Tanglewood season, including three programs celebrating the art of Boston Pops Conductor Laureate John Williams. The first of these programs takes place on Sunday, July 7, with violinist Anne-Sophie Mutter and guest conductor David Newman featured in a program entitled “Across the Stars: Music of John Williams,” inspired by Ms. Mutter’s recent recording of the same name. On Friday, August 16, Tanglewood presents Star Wars: A New Hope, a showing of the classic 1977 film, with the Boston Pops Orchestra performing Mr. Williams’ iconic score, under the direction of Keith Lockhart. John Williams’ Film Night returns on Saturday, August 24, with Boston Pops Conductor Laureate John Williams introducing the festive evening, which features the Boston Pops and conductor David Newman performing a program celebrating the music of Hollywood and more. 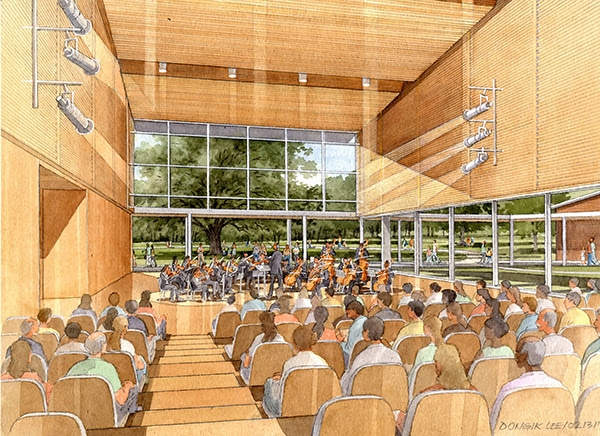