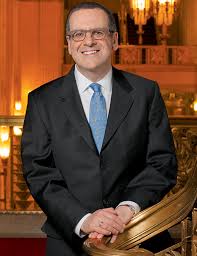 From the musicians’ latest statement:

‘Consider this simple fact:  each orchestra musician stands to lose at least $6,000 this year as a result of Freud’s proposed cuts.  He makes that much in just three days.’

Steady on. You guys are going to have to work together again some day.

« So how do you like the new Slipped Disc?