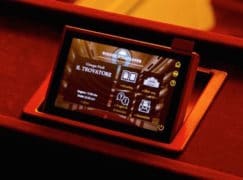 Exclusive: Alberto Vilar is back at the Met

The biggest philanthropist in modern opera has walked free after ending a 10-year sentence for investor fraud, the last six months of which have been spent in a halfway house.

Alberto Vilar, who is 78 today, told Slipped Disc: ‘The first thing I did when I got out was to order a ticket for the Metropolitan Opera’s production of Samson et Delilah.‘ 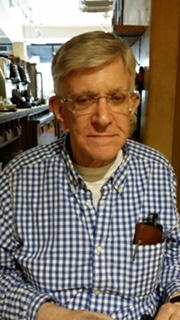 A pioneering technology investor, Vilar insists that the victims of his fraud have been repaid. Vilar and his Amerindo partner Gary Tanaka are now fighting for control of the defunct company’s accounts and pension fund.

Vilar donated millions to the Met, Salzburg, Vienna and Covent Garden, all of which took his name down when he was sent to jail. All of his musician friends – with the notable exception of Valery Gergiev – cut him dead.

If you are enjoying the seatback surtitles at the opera, that’s thanks to Vilar.

Raise a glass to his birthday tonight at the bar.

« The wife of a viola legend