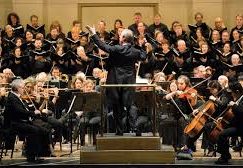 A modest Midwest orchestra has a $232 million endowment

Most striking was the endowment news. The irch has $223.2 million in the vaults, up five percent due to ‘significant donor contributions and earnings on investments.’

Why is it that major orchs in London, Paris, Berlin struggle to break $10 million in endowments?

It’s the best hedge against bad times ahead. But in Europe we still expect governments to bail us out.

« Don’t fire the dithering director. Get her a deputy