German opera audiences are down by 2.2%

The figures are out for theatre activity in Germany in 2016/17.

It finds a 2.2 percent drop in opera attendancs, 3.3 percent in dance and 6.4 percent for the operetta and musicals.

There was no obvious cause. 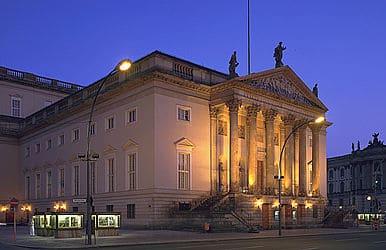