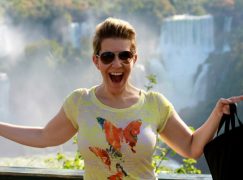 Diva Joyce gets her first new show in Vienna

Berlioz’s Les Troyens, which opens on Sunday, 14 October, marks the first time Joyce Didonato appears in a new production at the Vienna State Opera. In fact, she has only ever sung there twice before – as Rosina in Il barbiere di Siviglia in 2009 and at a solo recital in 2016.

Les Troyens has not been staged at the Staatsoper since 1981.

Biz news: Agent and 2 artists walk out on IMG »