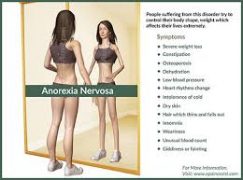 The first opera about an eating disorder

“Ellen West,” world premiere of opera based on the early-20th century case of a woman’s battle with severe eating disorder and a doctor’s efforts to diagnose her through existential psychotherapy, with music by Ricky Ian Gordon and libretto by Frank Bidart. Commissioned by Opera Saratoga and Beth Morrison Projects, conducted by Lidiya Yankovskaya and directed by Emma Griffin in her company debut, the production will feature baritone Keith Phares and the first Opera Saratoga appearance by soprano Jennifer Zetlan.