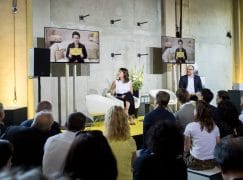 Deutsche Grammophon has signed a longterm deal with Apple Music to have classical playlists curated by major artists.

The DG Playlist will be regularly updated to include videos by DG stars. Check it out here.