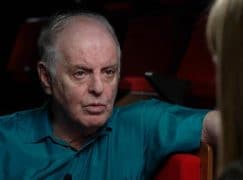 Daniel Barenboim: I am ashamed to be Israeli

The conductor has written an op-ed for Haaretz today, attacking the new Israeli nationality law. He writes:

The founding fathers of the State of Israel who signed the Declaration considered the principle of equality as the bedrock of the society they were building. They also committed themselves, and us, “to pursue peace and good relations with all neighbouring states and people.” 70 years later, the Israeli government has just passed a new law that replaces the principle of equality and universal values with nationalism and racism….

We now have a law that confirms the Arab population as second-class citizens. It therefore is a very clear form of apartheid.

I don’t think the Jewish people survived for 20 centuries, mostly through persecution and enduring endless cruelties, on order to now become the oppressors, inflicting cruelty on others. This new law does exactly that.

That is why I am ashamed of being an Israeli today.

UPDATE: We are banned in the Middle East

« Our next book club: How to succeed at Curtis…. and life