What Lahav Shani did next

After the break, in Beethoven’s fifth symphony, Capucon and Soltani played in their respective string sections while Lahav Shani played double-bass. 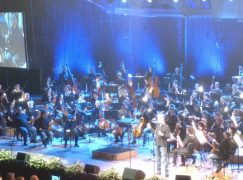 Such a blast of fresh air say those who were present.