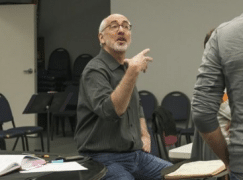 Seven women have now come forward with allegations against Richard Buckley, who was fired as music director of Austin Opera at the start of this month.

Buckley has issued this apology: ‘These accusations are very serious and upsetting. I ask for excellence from myself and everyone I work with, and at times use humour to release pressure and defuse tension. If I have ever said or done anything that has offended anyone or made them feel uncomfortable, I deeply apologise.’

He had been music director in Austin for 15 years.

« In Germany, a composer is still male