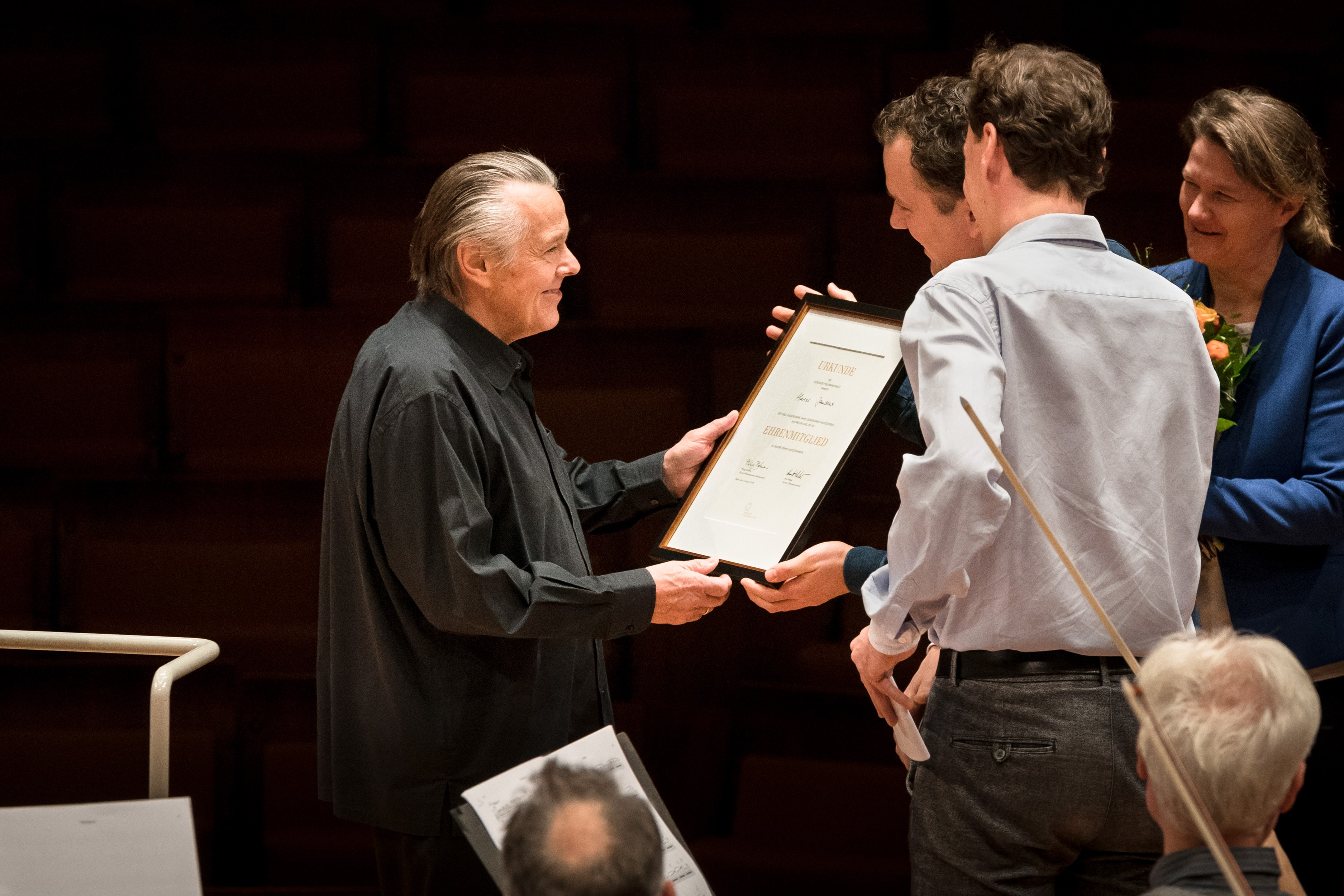 Mariss Jansons is made a member of the Berlin Philharmonic

Before the rehearsal at the Philharmonie today, the Berliner Philharmoniker welcomed Mariss Jansons as an honorary member of the orchestra to express their gratitude for a long association.

Mariss Jansons conducted the Berliner Philharmoniker for the first time in 1971 during the second International Herbert von Karajan Conducting Competition. Since his official debut in 1976, he and the orchestra have presented 95 concerts with 40 programmes in Berlin and on several concert tours, including this week’s concerts with works by Robert Schumann and Anton Bruckner.

Jansons is only the fifth conductor to receive this honour. The others are Daniel Barenboim, Bernard Haitink, Nikolaus Harnoncourt and Seiji Ozawa. 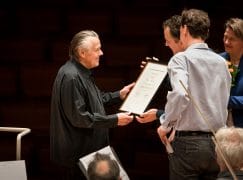 « Opéra de Paris is exposed on TV as a dangerous workplace

Bob Dylan’s Girl from the North Country has died »