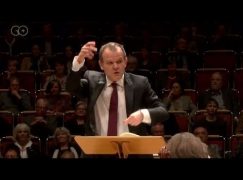 Légion d’honneur for French maestro who only works abroad

The French honour was awarded today to François-Xavier Roth, 46, Generalmusikdirektor in Cologne and last music director of the disbanded SWR symphony orchestra, both in Germany.

Roth is also principal guest conductor at the London Symphony Orchestra and former associate conductor in Wales. He has also been music director at Liège in Belgium. He works everywhere except in France.

Ignored by state institutions, he founded his own group there, Les Siècles.

Maybe he should have been awarded the Foreign Legion of honour.