Simonetta Puccini, whose claim to be the composer’s illegitimate granddaughter was recognised after fierce legal battles, died yesterday at 89.

Simonetta Giurumello was the child of Puccini’s only son, Antonio, whose marriage was childless. Antonio died in 1946. His widow, Rita, who died in 1979, left the composer’s estate to her bachelor brother. His butler is alleged to have enriched himself on the proceeds.

Simonetta, on winning her case, took Puccini’s name and restored his home at Torre del Lago. There are more twists to the inheritance saga, crying out for a good librettist. 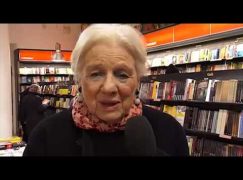