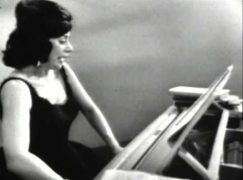 Death of a busy American soprano, 91

The fine US soprano Marilyn Tyler died on December 20 in New Mexico.

She worked with the leading US orchestras and was a favourite at the Holland Festival and Netherlands Opera, creating roles in new works by Hauer, Bandings and Sütermeister. She also appeared at the BBC Proms.

Invited to Iran in the late 1970s to set up a national opera, she was trapped by the revolution and had to make her way out nine months later through Pakistan.

In later years, she taught at the University of New Mexico.

« The second violin has you in her sights