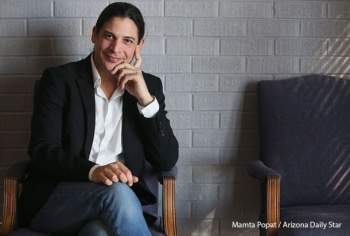 Cristian Măcelaru called in sick for this week’s concert with the Royal Scottish National Orchestra in Glasgow.

They called in Sergey Neller as replacement.

Then Neller was unable to make it.

Hit the phones for 12 hours. They finally landed the Venezuelan José Luis Gomez, music director in Tucson, who got off the plane this morning with a score of Shostakovich 12 in his pocket.