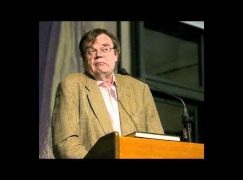 He told the Star-Tribune he had been accused of touching a woman’s bare back.

‘I meant to pat her back after she told me about her unhappiness and her shirt was open and my hand went up it about six inches. She recoiled. I apologized. I sent her an email of apology later and she replied that she had forgiven me and not to think about it. We were friends. We continued to be friendly right up until her lawyer called.’

A fan of the Minnesota Orchestra, Keillor stood by the suspended musicians during the lockout.

He has earned some reciprocal solidarity. At 75, it’s a terrible way to end a distinguished career.

Maestro missed: Zubin is out for three months »