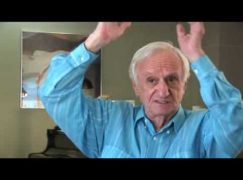 Director’s cut: The one the Met refused to hire

US media are lamenting the death of Frank Corsaro, a New York director who had a decisive impact on City Opera but was only once engaged at the Met, and that was because he came as part of a Canadian Handel package.

A former actor who remained close friends with Marlon Brando and Paul Newman, Corsaro was a go-to director on Broadway.

He taught for 21 years at Juilliard and staged three productions at Glyndebourne in its glory years – Where the Wild Things Are, The Love of Three Oranges and the Ravel double-bill of L’Heure Espagnole and L’Enfant et les Sortilèges.