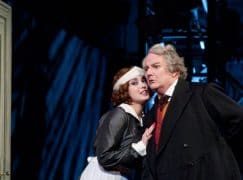 Brian Galliford is no more. He died this morning in Amsterdam, aged 53, after a terrible struggle with cancer. He had lived and worked in Holland since 1991 and was loved wherever he went. 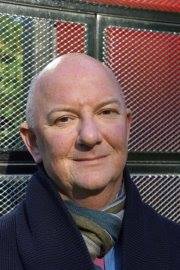 After a long illness on October 27 2017 the British born tenor Brian Galliford passed away.

Brian was born January 8 1964 and studied at the Guildhall School of Music & Drama. In 1991 he made his home in Amsterdam, The Netherlands.

As regular guest artist at the Netherlands Opera he has also sung in Die Soldaten, Der Rosenkavalier, Boris Godunov, Capriccio and Salome. He has been a guest artist at the Glyndebourne Festival (Betrothal in a Monastery), Bregenzer Festspiele (The Cunning Little Vixen), Nationale Reisopera (Idomeneo, Un ballo in maschera, La forza del destino), Wiener Kammeroper (Owen Wingrave, Die Gespenstersonate), Opera Zuid (I pagliacci) and Taller Amsterdam (Weisse Rose, Los Heraldos) as well as Old Deuteronomy in the 1992/93 Dutch production of Cats. He was involved in a number of world premières including Cuentos de la Alhambra (José Luis Greco), Rixt (Henk Alkema) and Los Heraldos (Ilse van de Kasteelen) as well as a television film production of Udo Zimmermann’s Weisse Rose. In June 2010 he created the roles of 1st Patient and Provocateur in the world première of Alexander Raskatov’s A Dog’s Heart directed by Simon McBurney and conducted by Martyn Brabbins at the Netherlands Opera.

In January 2011 he made his French debut to great critical acclaim in the lead role of Don Jerome in Prokofiev’s Betrothal in a Monastery at the Théâtre du Capitole, Toulouse and at the Opéra Comique in Paris. He was delighted to return to Toulouse at Christmas 2013 as Ménélas in La Belle Hélène.

2013 saw his debut at La Scala Milan in Raskatov’s A Dog’s Heart directed by Simon McBurney, conducted by Martyn Brabbins. La bohème at the Saturday Matinee in the Concertgebouw Amsterdam, followed by Die Meistersinger von Nürnberg with the Netherlands Opera took him home to Amsterdam, after which he made his first visit to the Salzburger Festspiele as A Fool in Birtwistle’s Gawain. He spent the autumn in London for semi-staged performances of Peter Grimes with the London Philharmonic Orchestra under Vladimir Jurowski and then Simon McBurney’s Magic Flute at English National Opera with Brian as Monostatos.

The cremation will be private.

« The next show at ENO is by ABBA