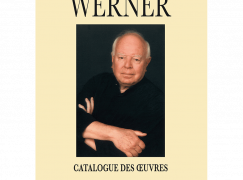 Death of a French composer, 82

We have been notified of the death of the distinguished Alsatian composer, Jean-Jacques Werner. 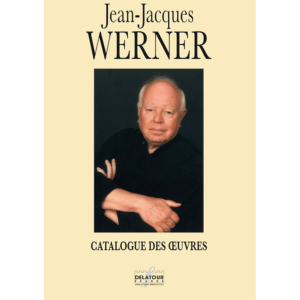 Jean-Jacques Werner passed away on Sunday 22 October in Barr where he had lived for several years. A French composer and conductor, he had returned to his native Alsace, to concentrate on composing after a very active conductor’s career, in Paris for the Radio France and other orchestras including the European Youth Orchestra and the Leon Barzin Orchestra which he founded in 1994, as well as in the USA, China, South Korea and several European Countries. He was particularly noted for his dedication to contemporary musical creation and the large number of such works he first performed.

Born in Strasburg in 1935, he had from childhood developed a strong relationship to the Rhine, the odoriferous Vosges forests, and the chimes of bells, the imprint of which may often be spotted in his works. Plentiful and diversified his production has concentrated on the orchestra, with special emphasis on chamber music and his more familiar instruments including the harp which he had practiced and violin, an instrument which his late wife Annie Jodry had so marvelously illustrated. He had received awards from SACEM and Institut de France. His last work, an opera, Luther ou le mendiant de la grâce (Luther or the beggar for grace), commissioned and composed on the occasion of the 500th anniversary of the Reformation, had just been performed for the first time to much acclaim days before his death.

A burnout warning from Trifonov’s teacher »