The sound of five silenced composers

Quarter of a century ago, Decca sank its Three Tenors profits into an ‘Entartete Musik’ series, breaking the silence that had settled on a generation of composers who had fled Nazi Germany, or died in its concentration camps. Those vital recordings are now hard to find, but the search continues for other members of the silent generation.

None of the music on this gripping compilation will be familiar to anyone alive…. 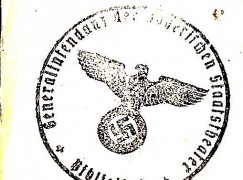