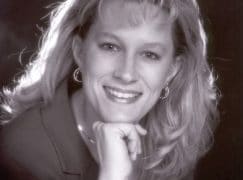 A tragic tale from Duluth, Minnesota.

Tina Thielen Gaffey, former associate music professor and choral director at the University of Minnesota Duluth, died of what her family believe was an ‘accidental overdose’ of prescription drugs.

Tina, 50, ‘struggled at times with depression after an acrimonious end to her 16-year career at UMD in 2015. She was overusing sleep medications and muscle relaxants,’ her husband said

A spokeswoman for the University called the loss of Thielen-Gaffey ’emotional’ for her former colleagues. ‘On behalf of the university, we send our deepest condolences,’ she said.

There will be two funeral services: The first will be at Concordia Lutheran in Duluth Minnesota Thursday September 14th. Visitation at 1 PM with a funeral service to follow at 2pm.

The second service will be held at Emanuel Lutheran in New London Wisconsin on Saturday September 16th.
Visitation at 1 PM and funeral service at 2 PM.

Which festivals spend the most money »