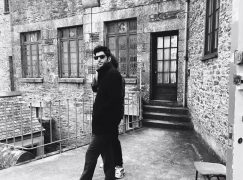 His debut album Home will include works by Schubert and Schumann, together with the world premiere recording of Reza Vali’s Seven Persian Folk Songs.

Born in Bregenz to a family of Persian musicians, Soltani has toured internationally with the violinist Anne-Sophie Mutter and with Daniel Barenboim and the West-East Diwan orchestra. In March, he played the opening week of Berlin’s Pierre Boulez Saal in Berlin, returning two months later to give a concert of traditional Persian music with the Shiraz Ensemble.

A predatory professor at the Royal Academy of Music »