It’s the Lebrecht Album of the Week:

I spent a morning with the great baritone in his Berlin home a couple of years before he died. Fischer-Dieskau was in morose mood. His wife Julia was out teaching, he told me twice, seeming to resent her absence. ‘I did too much,’ he confessed, regretting his dominance in Lieder, a field in which he covered not just German song but English, Russian and French… 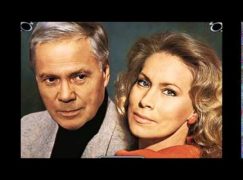