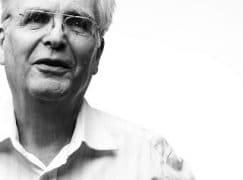 The death has been announced of Gilles Tremblay, an inventive composer who studied in Paris with Olivier Messiaen and in Darmstadt with Stockhausen and Boulez. He died on July 27, aged 85.

A shy man, heedless of publicity and French-Canadian political agendas, he taught at the Montreal Conservatoire and composed only those pieces that he felt needed to be composed.

When he wrote a piece called Fleuves, he spcified that it refers to all rivers on earth, not just those in Canada.

« Front of house greeter saves a concert at Wigmore Hall