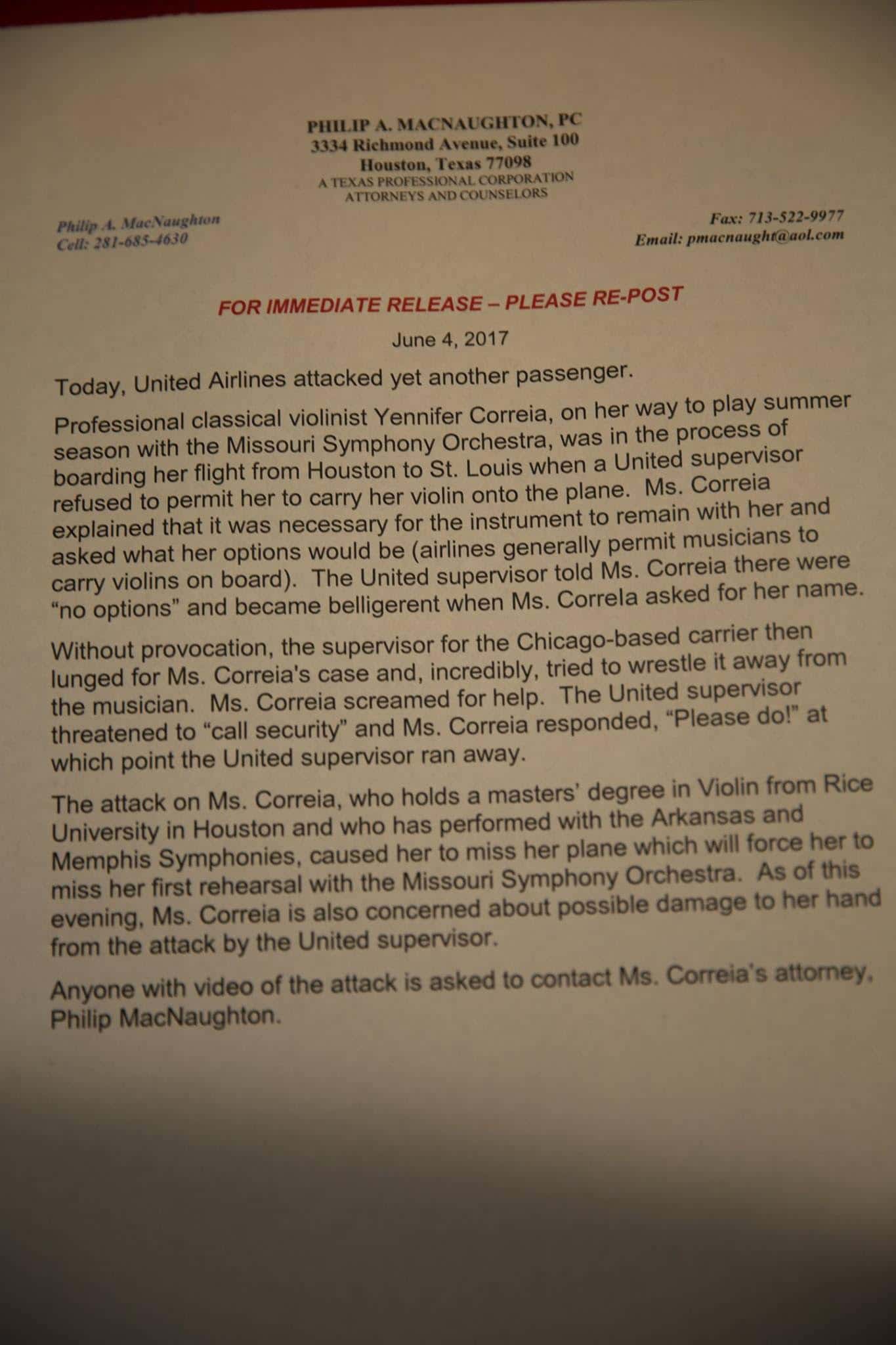 This is a lawyer’s letter describing the abuse suffered by violinist Yennifer Correa while trying to take her violin on board a United flight from Houston to St Louis.

Yennifer actually had to scream for help to stop a United supervisor from forcibly snatching the violin from her hands.

This airline is out of control.