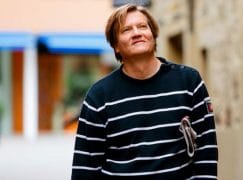 We had been looking forward to an audition season at the Bremen Philharmonic, where 16 guest conductors – some fabulously promising – had been booked to compete for the podium vacancy.

But that was too much uncertainty for the music biz to bear so the orchestra has got pushed into making an early choice. Marko Letonja, a 55 year-old Slovene, has been named music director from September 2018.

UPDATE: The original position of GMD der Stadt Bremen has been split in two – GMD of the Bremer Philharmoniker (Letonja) and Music Director of the Opera House, which is the Israeli, Yoel Gamzou. Both will work as guests with the other side.