Nottingham’s very last classical record store has been forced to close after 30 years after struggling to compete with online competition.

Classical CD, based on Goose Gate, Hockley, opened in 1987 but will close next month.

Richard, 74, said: “The collecting people of my generation want the actual product but the younger generation just don’t have the same attitude. 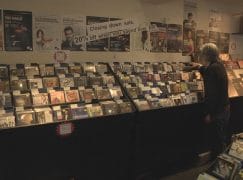