Richard Rodzinski was given a lifetime achievement award today by the World Federation of International Music Competitions, a body not altogether above suspicion.

He built up the Van Cliburn competition over 24 years int an international powerhouse and then transformed Moscow’s Tchaikovsky Competition into a model of transparency.

His first prize is well deserved. 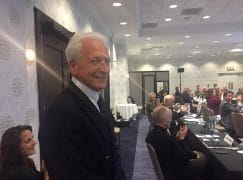