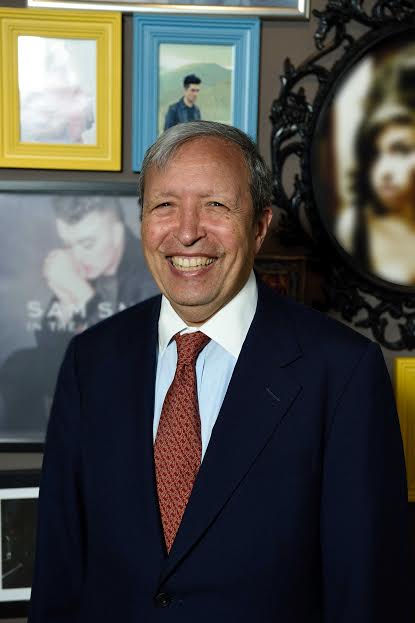 The London-based American pianist, who won the competition in 1972, has agreed to become its president.

The Leeds International Piano Competition is delighted to announce that Murray Perahia KBE has accepted an invitation to become its new Patron, succeeding Dame Janet Baker, who stepped down after the 2015 Competition.

His tenure begins on 1 June 2017, when the application process for the 2018 Competition opens.

Murray Perahia is one of the greatest and most revered pianists in the world and has enjoyed a high-profile career spanning more than 45 years. He first shot to fame as winner of the fourth Leeds International Piano Competition in 1972, since when he has been at the forefront of the international music world, performing with the greatest soloists, conductors and orchestras in all the major music centres.

As Patron of the Leeds International Piano Competition he will provide special encouragement and support to the applicants and winners of the Competition.

“I am delighted to become the next Patron of the Leeds International Piano Competition. The Leeds has a special place in my heart as it gave me undreamt of opportunities that I am forever grateful for; not only important concerts but also the chance to meet leading musicians and people I very much admired. I wish the same for the competitors today. Music is a difficult vocation and at a certain point, pianists need a platform from which they can perform and a chance to meet other musicians. The Leeds is constantly developing in different ways to meet the needs of young artists and I am very happy to be part of that.”

“I am absolutely thrilled that Murray Perahia has accepted our invitation to become the new Patron of the Leeds International Piano Competition. From the moment he won The Leeds in 1972 it was obvious that he was a true musician among pianists, and he has only continued to cement and enhance that reputation over a career spanning more than 40 years. We are honoured to welcome him to the Leeds family.”

“Seeing Murray’s career flourish and mature over the years to the stature of one of the world’s greatest pianists has given me immense satisfaction and pleasure. I know that he will give the talented team running the Competition now the same inestimable support, encouragement and gift of friendship as I received from his predecessor as Patron, Dame Janet Baker”.

« Death of a cutting-edge Finn composer