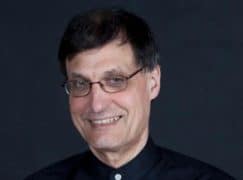 Message from the London Mozart Players:

The London Mozart Players are deeply shocked and saddened by the sudden death of David Angel, our beloved colleague and friend, co-principal 2nd violinist with the LMP for the past 22 years.

He will be remembered for his enthusiasm, energy, musical integrity, consummate musical knowledge, all mixed up with a wonderful sense of humour that could lift any situation. All who came into contact with David were touched by his gentleness, generosity and humility as a human being. He is a massive loss to the world of classical music and 100% irreplaceable as a musician and personality within the LMP.

He will be sadly missed, and our thoughts are with his family at this difficult time.

David Angel was a founder pupil of the Yehudi Menuhin School, where he studied with Yehudi Menuhin, Frederick Grinke, Jacqueline Salomons and Nadia Boulanger. In 1971 he won an Associated Board Scholarship to the Royal Academy of Music, continuing his studies with Frederick Grinke and receiving chamber music coaching from Sidney Griller, winning prizes for both solo and chamber music. He was a co-founder of the Maggini Quartet in 1988.

David’s solo playing received great acclaim, winning high praise in The Times for performances of Bach’s Chaconne and E major Concerto with the London Contemporary Dance, and in the Financial Times in 1988 for a performance at the Almeida Festival. He played Autumn from Vivaldi’s Four Seasons on many occasions, notably at the Barbican with the London Mozart Players, and was a soloist with London Musici.

David was an ARAM and in demand as a teacher and chamber music coach; in autumn 1993 he was appointed Professor of quartet playing at Birmingham Conservatoire, and he was also an Honorary Fellow of Canterbury Christ Church University College and Brunel University.

Joyce DiDonato pulls out of Handel tour ‘for medical reasons’ »