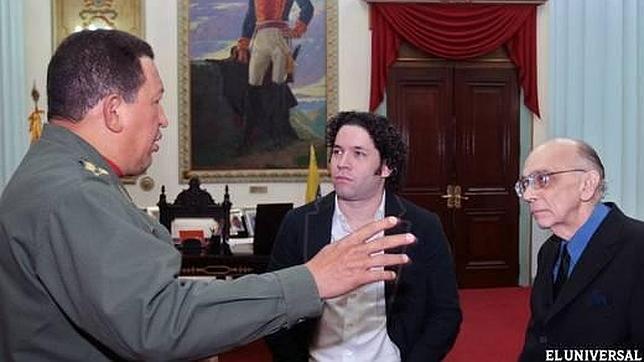 Dudamel is under dual attack for Venezuela statement

His first intervention in the worsening Venezuela situation has earned Gustavo Dudamel nothing but hostility.

Opponents of the Maduro regime, which is trying to starve the country into submission, have accused Dudamel of targeting the opposition by failing to name the government as the cause of present miseries.

Supporters of the Government are calling him a turncoat.

Debate is raging across social media.

You can watch his important statement here. It calls on ‘political leaders to find the necessary ways to solve the crisis in Venezuela.’

That means both sides.

By any reasonable measure, it is a brave statement. Dudamel, who lives in the US and works worldwide, had no reason to stick his head above the parapet. He has never spoken before about Venezuelan politics. Had he kept quiet no-one would have been able to fault him for that – at least no more than they have done already. he must have been aware that making the statement was a no-win action.

I know from personal encounters that Gustavo Dudamel loves his country and maintains a naive admiration for its former leader, Hugo Chavez. Dudamel is not a politician, but he has an acute sense of responsibility for musicians in the Simon Bolivar Orchestra, which he directs. To have issued an overt attack on the Maduro government would have exposed his musicians to existential risk. That he could not do.

In present circumstances, this statement is as brave as it gets. I applaud his courage.

« Breaking: Gustavo Dudamel urges Venezuela regime to back down

It’s good to be back, says Dmitri Hvorostovsky »