They are the most put-upon, misunderstood, undervalued, empathetic and altogether quintessential members of the operatic ecology. So why don’t we try harder to be nice to sopranos?

Think what they have to put up with. Click here for the 16 stations of the soprano world. 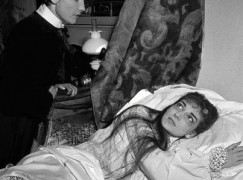 Artem Kolesov, first violinist of the Chicago-based Yas Quartet, has been outraged by reports of gay oppression in Chechnya. So he decided to publish a video testament on being young, Russian and gay.

Artem, 23, has addressed his statement in Russian (with English subtitles) to his homeland, aware that in doing so he could face penalties if ever he returns.

This brave, heartfelt, sometimes tearful confession is compelling viewing. It is as much about being Russian in the 21st century as it is about being gay. 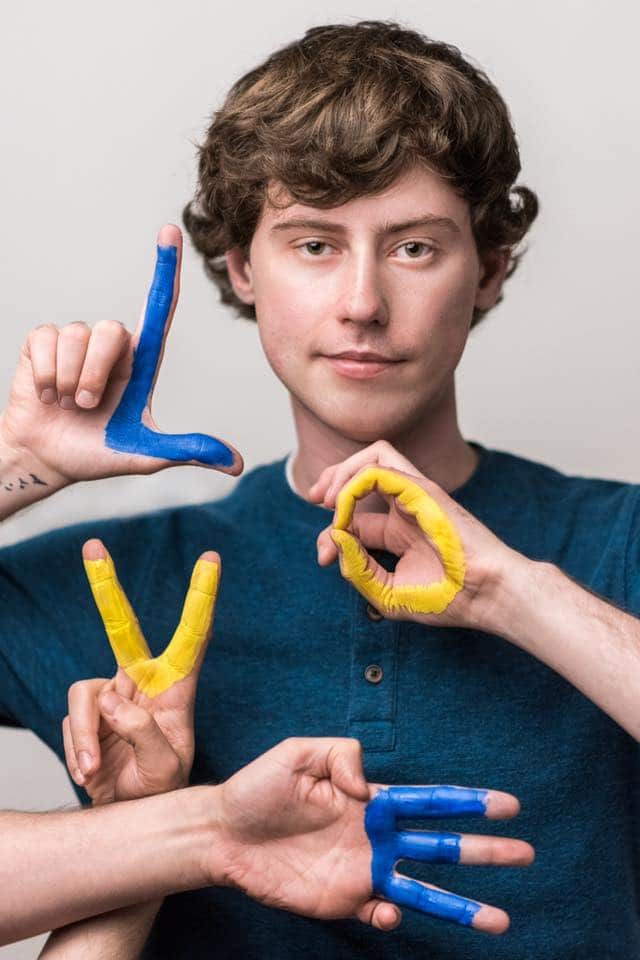 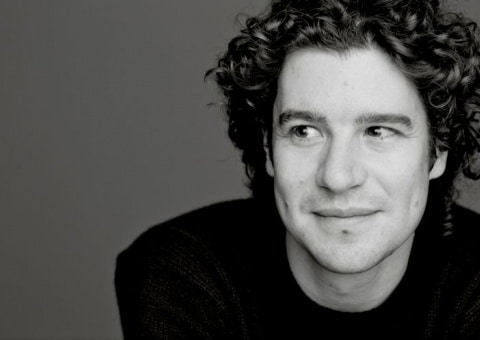 He was subbed by staff conductor,  Joel Revzen.

His Russian National Orchestra gave him the big 60th birthday greeting in Bogota, Colombia, a few hours ago. But the Russian pianist and conductor did not show a trace of emotion or recognition.

Does he know the tune? Is he playing poker? 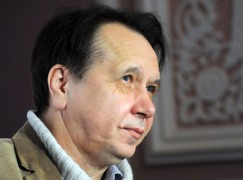 The violinist Nicola Benedetti has told an online chat session that she is no longer together with the cellist Leonard Elschenbroich after a ten-year relationship.

The pair became friends as teenaged fellow-pupils at the Yehudi Menuhin School. 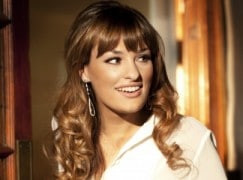 They are still touring together. We wish them both well.

We are used to others covering for Martha’s occasional cancellations, but this substitution may be unprecedented.

She has agreed, at three days’ notice, to take over for an unwell Maurizio Pollini at Renaud Capucon’s Easter festival in Aix-en-Provence. 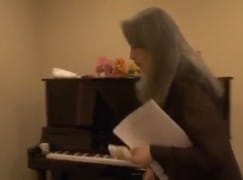 From Erika Funkauser’s poem, in The Atlantic: 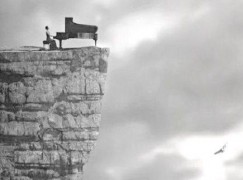 And send a copy to your elected representative.

Brian Elias, 68, is emerging from the shadows.

He has been a presence in British music for much of my life but his self-discipline is such that he will only write a piece of music when he feels it has to be written.

Which is usually no more than once a year, and sometimes less.

‘I became conscious that a piece has to have a reason for its existence and that it should be written out of real need, not simply to fill up paper or to fulfil a commission,’ he tells Jessica Duchen. 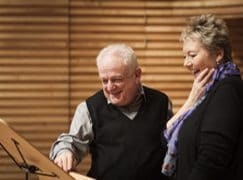 Brian Elias’s ballet The Judas Tree is being revived at Covent Garden and there’s a new CD on my desk. 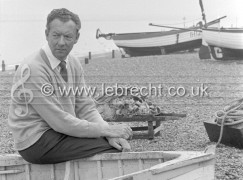 The designated music director of the Metropolitan Opera will conduct his first Wagner opera in the house on April 25. 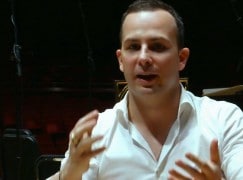 It is a fairly low-key Flying Dutchman revival with Michael Volle as the Dutchman, Amber Wagner as Senta and Jay Hunter Morris as Erik. The opera has not been seen at the Met for seven years.

He has never been one for giving interviews. Such public comments as he utters are often disparaging. He is an intensely private artist who has preserved some kind of individualist integrity in Putinist Russia. He was caught once as a hostage in a war of oligarchs; he is more careful now.

Mikhail Pletnev turned 60 this weekend (April 14 or 15, the date is disputed).

Winner of the 1978 Tchaikovsky competition, he is among the most interesting, least showy pianists of our time – as well as a compelling conductor of limited repertoire.

UPDATE: Does he know ‘Happy Birthday’?