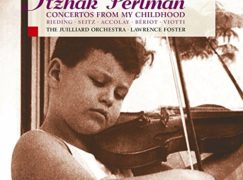 Music to make a child cry

I am on my way to Denmark for four days. Jason is away for over two weeks now, in Japan and Korea with a Berlin orchestra. He plays two Mahler symphonies and – actually I don’t even know what else, or who the conductor is. All he tells me of rehearsals and tour are funny things that people around him do when the conductor isn’t looking – just like we all used to do in middle school and youth orchestra. There is some kind of running gag where someone from one side of the orchestra passes something to someone on the total opposite side of the orchestra.

This process takes perhaps 45 minutes or an hour, and the person who receives the item isn’t expecting it and doesn’t know why they are getting it. A furtive passing, waiting for a moment to pass to the next stand. The next day, it gets passed back, painstakingly slowly, the other way, to great hilarity upon completion. Also – overly expressively-felt long rests (20 measures or more) accompanied by nodding and large arm movements which slowly crash into and move the person’s stand behind them – farther and farther away, almost tipping. Things like this. This is how morale is kept high – how personal joy in a dictatorship (how else can an orchestra exists?) can thrive. Before he left, as we were doing our final organizing, I urged him to drink a lot, hang out with new friends, and sleep a lot on tour – enjoy the freedom!  From the charges on our mutual credit card, it appears that this is being accomplished.  He has worked so hard this past year – time for some well-deserved play!

My mother is here for twelve of the days – I still have teaching, rehearsing, and tours while he is gone. Every minute is organized, and there is often a sitter to assist when I am away from home – with picking up a daughter, getting groceries, etc.

While Jason is away, I am again practising with the girls (grandma practices piano with them and I do violin and cello).  Something happened the other day, which I am still wrapping my head around. I was practising with our five year old, and I went into the other room to get a new piece. Reiding Op. 35 – a concerto in 3 movements, all in 1st position. Someone gave this to me several years ago, and I fell in love with it – it is complex musically – it has a dark personal first theme and also a heroic, bold second theme. It is in first position, so anyone who has made it through book 1 suzuki can play it. I have taught it now perhaps a half-dozen times. Usually pieces for kids are happy, light dances, but this piece develops an emotional complexity, and possibly the beginning of an addiction to discovery of shades of feeling. 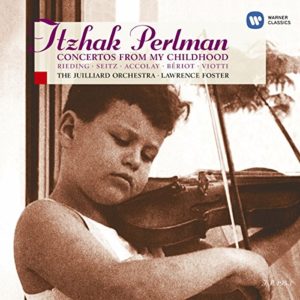 I asked my daughter if she wanted to learn her first concerto and she said she did. I played the first two phrases for her, and I noticed her eyes became covered – she was trying to remain stoic as her lower lip trembled and large tears began to slide down her cheeks. I stopped and asked if she was ok. She asked, “mom – what is that piece about?”.  I said I didn’t know, and yet she insisted. I made up a story about a warrior princess who lost her horse, and was looking for it in the forest so she could save the day (which I demonstrated with the happy second theme).

She said she wanted to try to learn it, and after we played the first phrase a couple of times, she again began to cry, privately. I hugged her and said we could pick a different piece. Nevertheless, she persisted – she was still interested in learning it. We listened to Perlman play it – from his album “Concertos from my Childhood”, and I do admit it is very sad at the beginning. We listened all the way to the happy second theme.

We tried it again the second day, and also talked about it on the way home from kindergarten. We sang the piece – she said it only sounded sad when a violin played it. I asked her if she had ever felt sad in the same way as when she heard this piece, and she said no. In the end, we agreed to find another concerto, but a happy one.

Of course we know that humans are deeply feeling, from the first moments of life. But, this reaction was so intuitive, strong and immediate. What was the trigger? How does music reach us, and why? I talked to her about how feeling sad is normal, how there is a happy part later, and by feeling sad first, the happy part is even happier. “Saving the Day” always requires sacrifice and almost-insurmountable obstacle. But she would have none of it. Back to “squirrel song” for us, for now – but maybe it can be a Princess Warrior Squirrel.

« A defeatist statement from the NEA