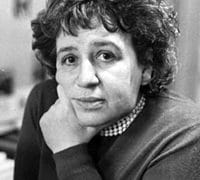 Could this woman have been the next Rachmaninov?

I have been listening to a pair of Zara Levina (1906-1976), a composer who lived and died under Soviet pressure to conform.

She did what she had to do to get by.

Her first concerto, dated 1942, sounds like an extension of Rachmaninov’s fourth with some personal frills.

Widowed in 1948, she wrote with the censors constantly in mind.

Her second, written the year before she died, is reckless and original – a kind of Hollywood dinner-party conversation between Rachmaninov and Schoenberg.

Check out the promo video for the new release.