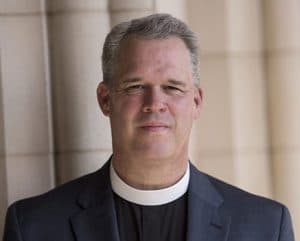 WASHINGTON, D.C.  — As Christians, we are called, among other things, to be a people of peace and agents of reconciliation. Our choir is singing at the inauguration to honor the peaceful transition of power that is at the heart of our democratic government. Let me be clear: We do not pray or sing to bless a political ideology or partisan agenda, regardless of the man (or woman) taking that sacred oath of office. We sing to honor the nation.

From its earliest days, the Cathedral was conceived as a ‘great church for national purposes’ and a national treasure that could help all Americans find God at significant moments in our life together. For decades, the Cathedral and its choirs have played a role in those moments, particularly when they involve the Office of the President of the United States.

The members of our choir were given the option to sing in the musical prelude at the inauguration as part of our call to serve as a spiritual home for the nation. Music is a precious gift that holds the potential to point our hearts toward something larger than the things that divide us. In our bruised and polarized country, we hope the gift of our music can help remind us of our highest ideals and aspirations as one nation under God.

In a similar vein, we decided to host the Inaugural Prayer Service because we are a house of prayer for all people — and all really means all. We worship a God of love, who commands us to welcome the stranger, to love our neighbors as ourselves, to pray for those in authority. As disciples of Jesus Christ, just as he prayed with all people, so we too are called to pray with all people.