William Christie throws out audience member whose phone went off

At the national auditorium in Madrid, Wednesday’s performance of Handel’s Messiah was interrupted by a mobile phone going off in a side-row close to the stage during the aria, He was despised. 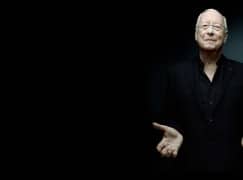