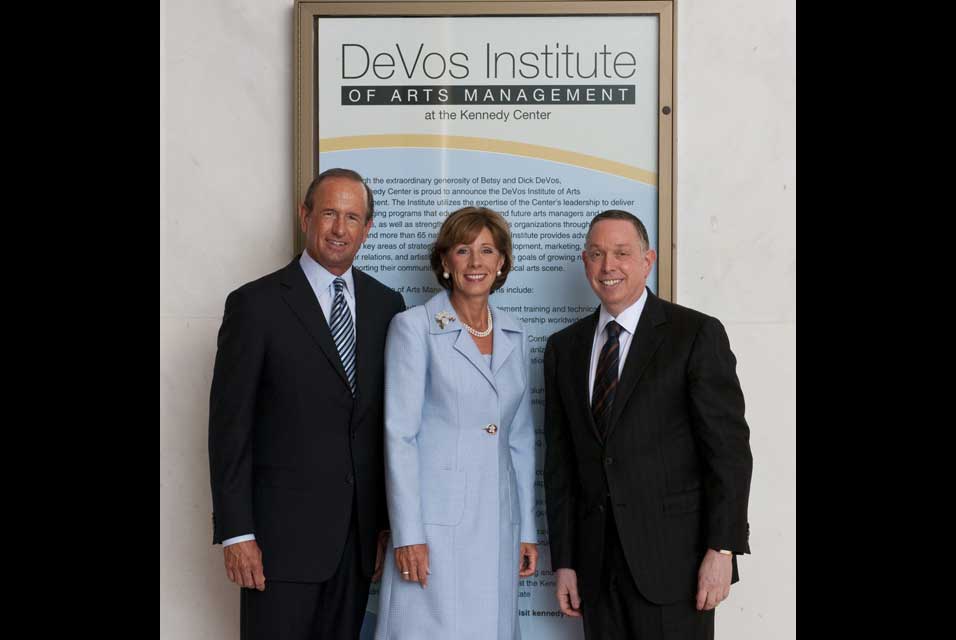 Trump’s Education Secretary is major donor to the arts

Betsy DeVos, the incoming Education Secretary, was appointed a board member of the Kennedy Center in 2004. Stepping down in 2010 she and her husband, Dick Devos, gave $22.5 million to the Center, the largest private gift in its history.

The gift was made through the DeVos Institute of Arts Management, which she set up at the University of Maryland to train future arts administrators in response to a proposal by the Kennedy’s then-director, Michael Kaiser.

The couple also founded an art prize in Michigan.

Dick Devos is heir to the Amway fortune.

French music publisher is sold off »